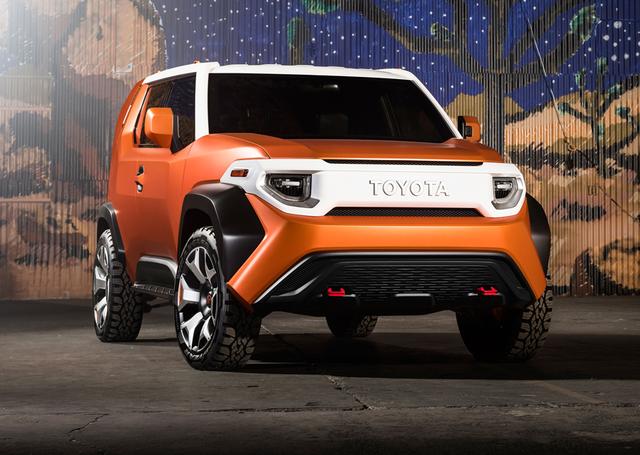 TJ Cruiser registered in the US

TOYOTA's long seller "FJ Cruiser" has been loved by many drivers. It is already discontinued in the US and soon will be discontinued in Japan as well. Inspired by the first Land Cruiser (Model FJ40), "FJ cruiser" still have many fans.

TOYOTA released a concept model "FT-4X Concept" which is not styled exactly to be the descendant of FJ cruiser but "TJ Cruiser" was registered United States Patent and Trademark Office. This means
that the "FT-4x Concept" will be developed for market with "TJ cruiser" name.

"FJ Cruiser" was based on Land Cruiser Prado but "FT-4X Concept" is based on "C-HR". "C-HR" is on TNGA platform monocoque body.

AS of now, there is no official announcement regarding next cruiser model, however, the registered "TJ Cruiser" tells much that "FT-4X Cruiser" is the base for "TJ Cruiser".

Production model will be showed, it is a guess for now, at 2018 Detroit Motor Show. Starting to sell in US Market first then to the other countries.