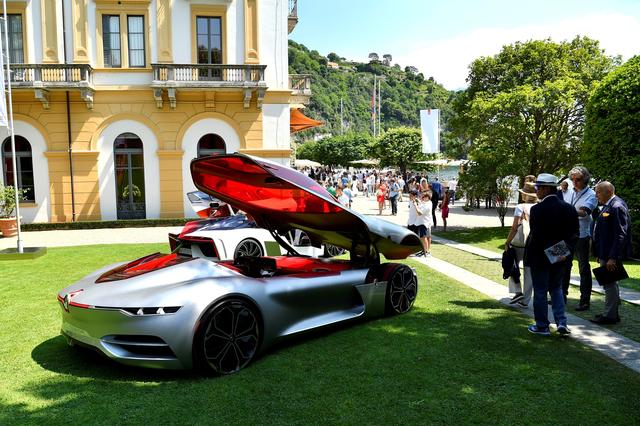 The queen of beauty

A few thousands of world's luxury and elegant attendants chose Renault's Trezor "the queen of the show".

Renault has been participating in World EV race series, Formula-E. The power unit for Trezor is exactly the same, 350HP Max Power, 38.7kg Max Torque, which pulls the car 0-100km/h under 4 seconds.

The "Concept Car Design of the Year" honor received in Gneva was chosen by top 20 car designers around the world. It is not only the outside look which makes this car so elegant but also the interior.

It is hard to believe Trezor will be sold as it is but not but just dreaming to drive one.