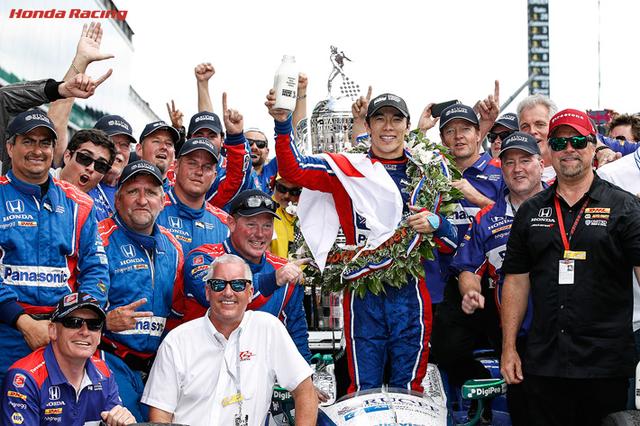 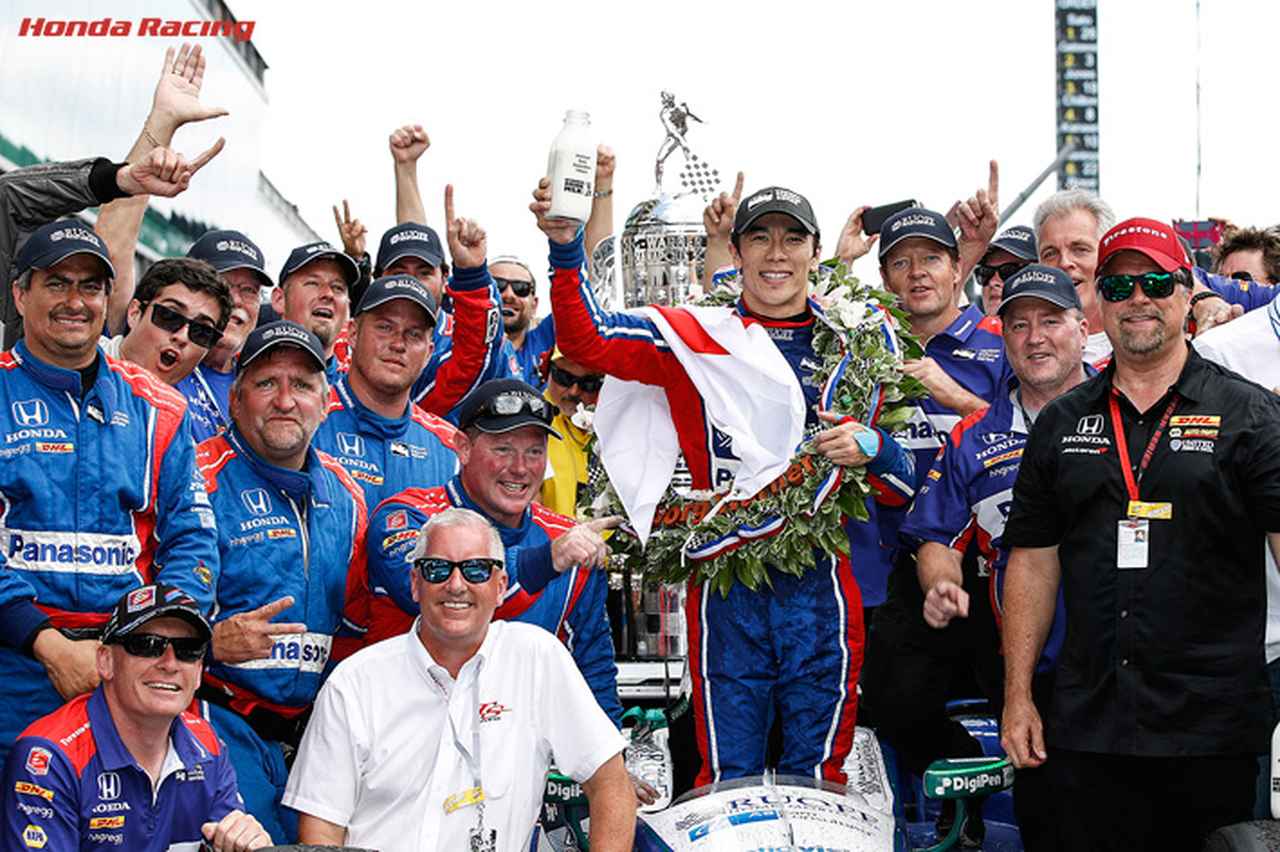 Takuma Sato, ex F1 driver from Japan, has been challenging in Indy series since 2010. Won the first
title at Long Beach GP in 2013. From this year, 2017, changed the team to "Andretti Auto Sport".

This win at Indy 500, the most competitive race of Indy series, is one of his Sato's dream. The first Japanese driver to win the title, and also the first asian to win it.