The one and only goal for the team is to win Le Mans 24hrs which TOYOTA couldn't get for a very very short reach. TOYOTA Higashi-Fuji Development in Japan and TOYOTA Motor Sports in Germany will put more than they have to win the long awaited Le Mans title.

The new engine is all remodeled with new cylinder block and new cylinder head as well as other components. Thanks to the remodeling, compression rate is increased to better thermal efficiency. Also turbo charger is resized with new propeller to better turbo response.

Update is not only the engine. New chassis to meet new regulation is with 15mm higher splitter, narrower rear defuser, higher front nose and newly designed side pontoon.

Tyre is also updated with strong relationship with Michelin. New compound and structure to meet regulation as well as new suspension geometry to reduce tyre wear.

All new 2017 TS050 HYBRID has already been tested at Paul Ricard, Aragon, and Portimao with total running distance of 30,000km. Within 5 tests, four 30hrs continuous test was completed.

With all newly refined machine and World Champion/WEC Champion drivers, TOYOTA is ready to fight for the glory against the long time rival Porsche. Open round at Silver Stone is on April 16th. 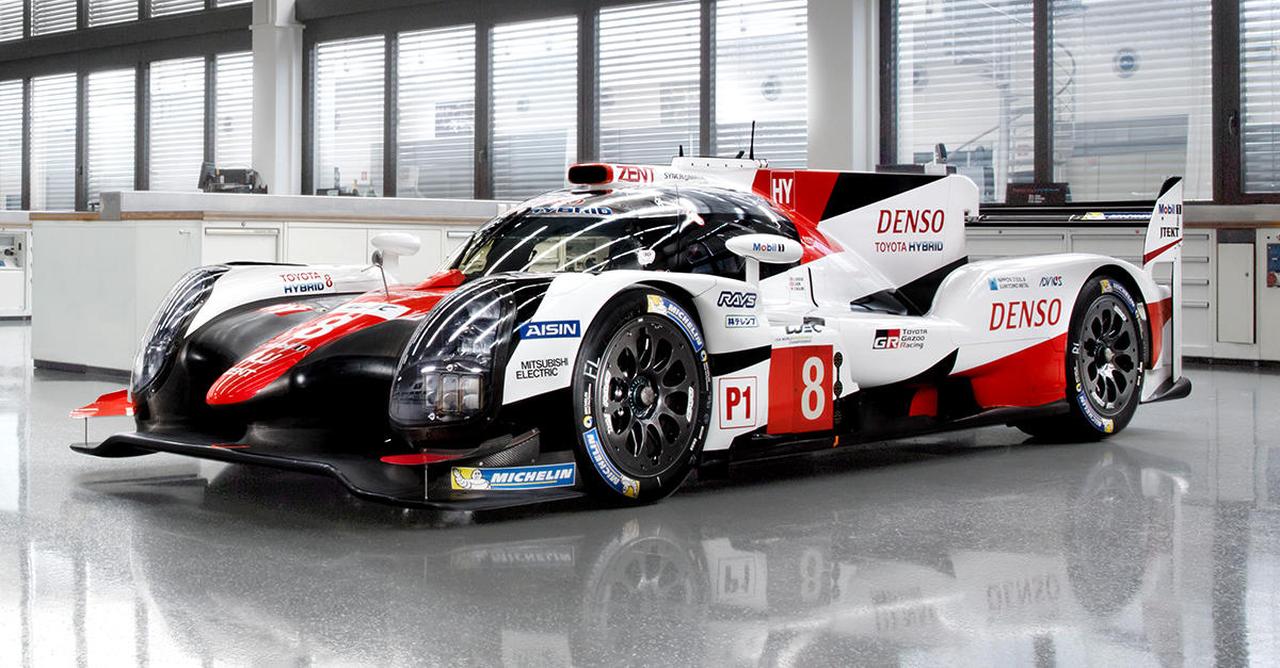