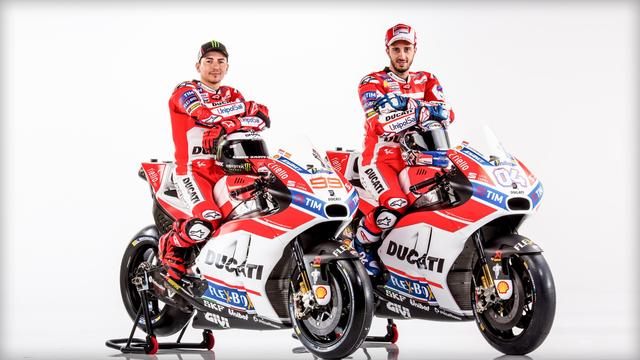 Winning five world titles, Jorge Lorenzo is ready to take Ducati to the top of the podium and championship. Ex-Yamaha rider joins Italian Racing blood to achieve more wins for him and for the team.

Andrea Dovizioso instead hasn't won world title, however, with his long term relationship with Ducati and developing the machine with Ducati closely, knows Ducati more than anybody.

After joining Luigi Dall’Igna as General Manager, Team Ducati has developed its technology and team management in higher level. The machine outputs more power and stability, team understanding modern MotoGP tactics. This year, with ex-champion and rising star, Ducati Team is ready to take over MotoGP once again.