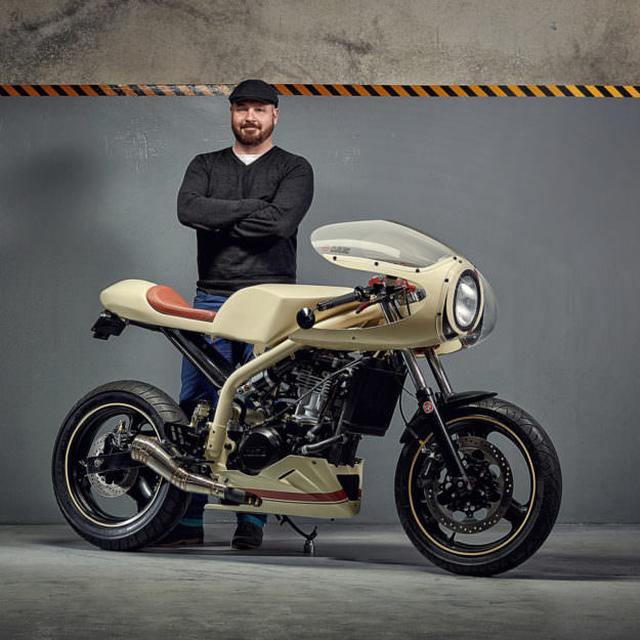 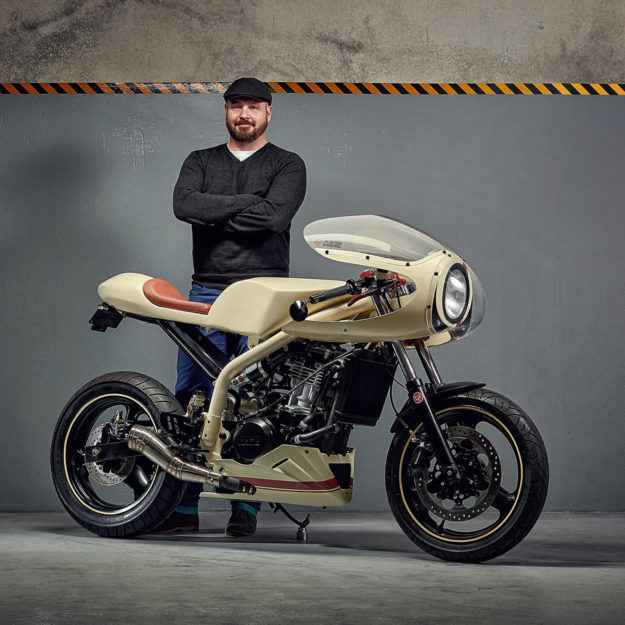 The owner of this beautiful cafe racer, Jeff Lamb, first thought of creating one by himself. But after all the ideas and parts he collected, he ends in deep maze.

“The gap between my ideas and the reality of a full custom build was a mix of shock and disappointment—not in Ellaspede, but in myself for thinking this sort of thing can be done for a small amount of money.”

Jeff contacts Ellaspede, a Brisbane based custom motorcycle builder, to ask for help him on the project.

After a good amount of communication, Jeff decides to work on his motorcycle as much as possible and whatever beyond his means, ask Ellaspede to do the job. And after a long days and years, this gorgeous cafe racer comes out.

The MZ Skorpion is a motorcycle made from 1994 to 2004 by MZ, (MZ Motorrad- und Zweiradwerk), in former East Germany.[2] The Scorpion is powered by a 48 brake horsepower (36 kW) four-stroke five-valve 660 cc single-cylinder engine with liquid cooling.

Skorpion was designed in England, engine, electrics and switches from Yamaha XT660, with Italian Grimeca parts including brakes, forks and rear suspension. Unfortunatelly, production of MZ, Skorpion was discontinued in 2004. A very unique motorcycle that couldn't survive the current motorcycle industry. 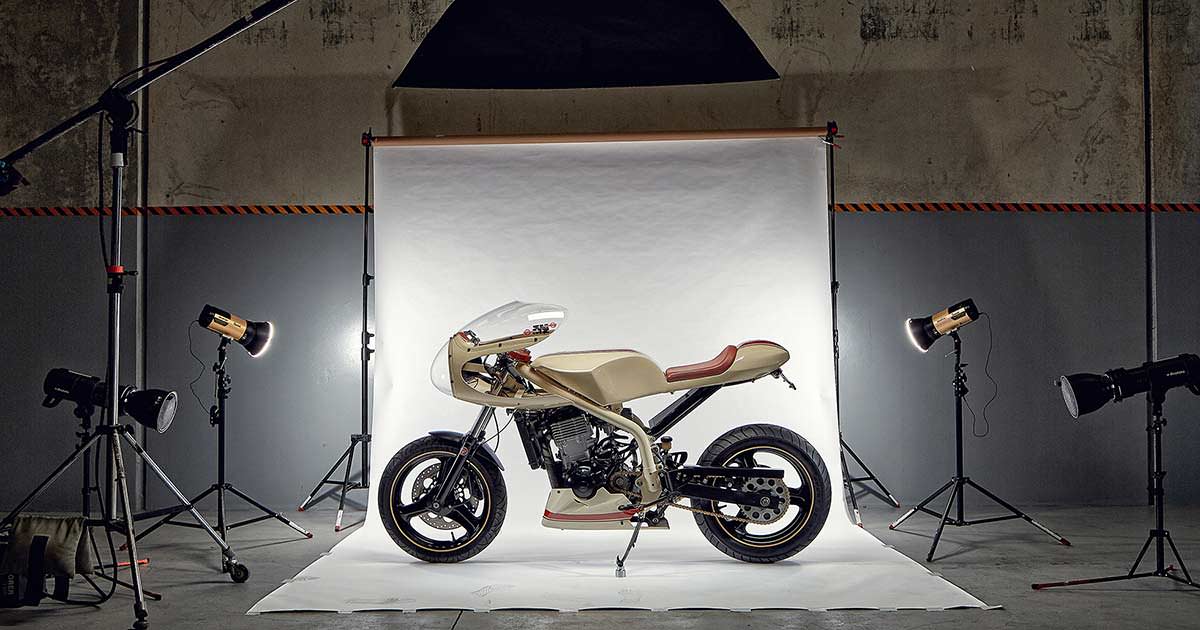 When Jeff Lamb contacted us about his MZ, we thought we'd stumbled upon a shop specializing in vintage, racing-inspired customs. But we were wrong.