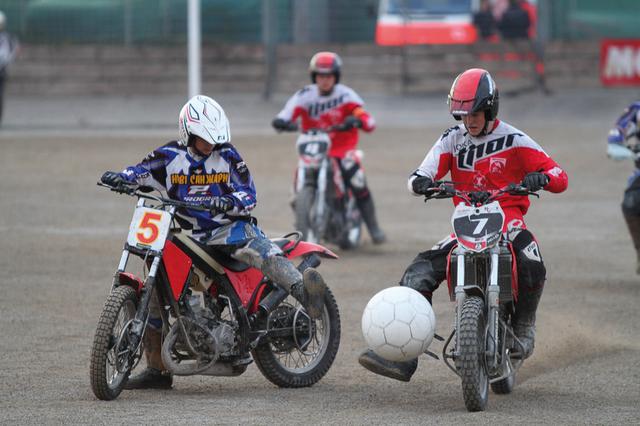 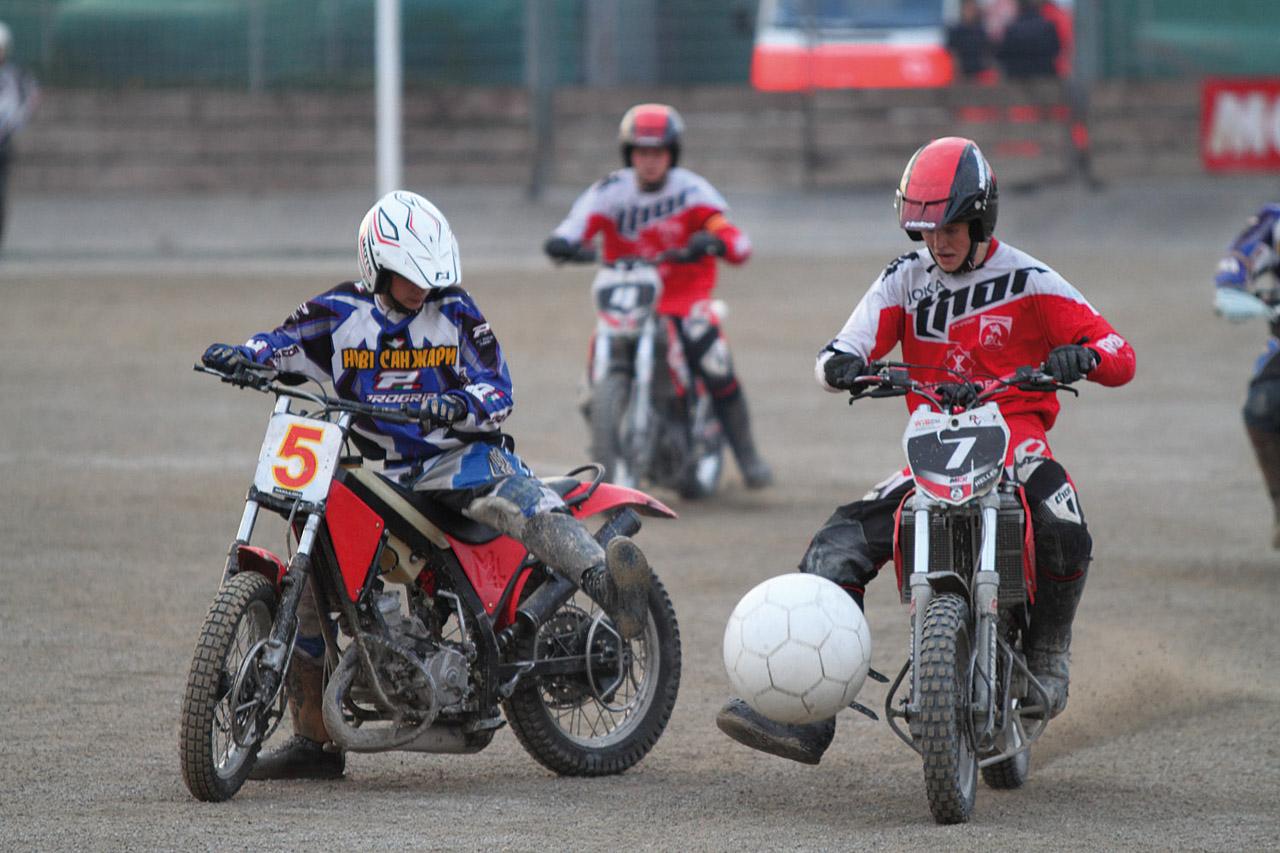 MotoBall is a sports in which players ride motorcycle and play soccer.
The combination of the two sport skills(riding and kicking) is very unique and looks a lot of fun!

Dribling is done by holding ball between the leg and the machine. Players pass or shoot the ball to keep the ball within their team. Obviously machines hit each other and fall, sometimes even get attached to each other.

The oldest record of Motoball match is in 1929. And it is still played in Europe and Russia.

The size of the field is same as regular soccer. The surface can be concreate or grass or whatever motorcycle can be ridden.

4-5 players for rach team with a goal keeper on his foot only allowed to use his hands.

It isn't for kid or immature

Above is promo, and below is the actually game video.

So you think you can do it? Give it a try!