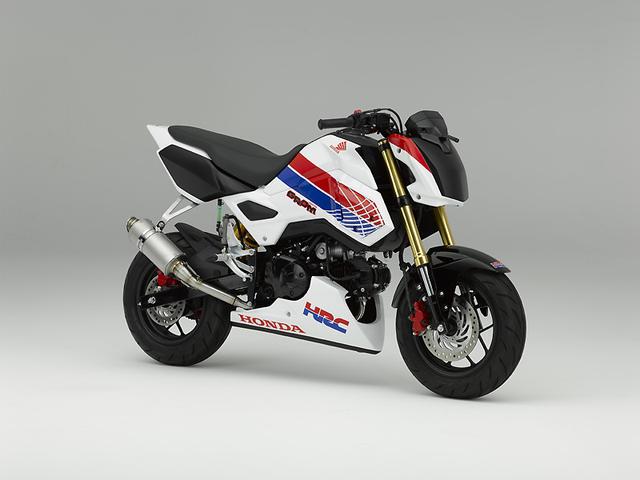 HRC to produce racing base version of GROM(MSX125) 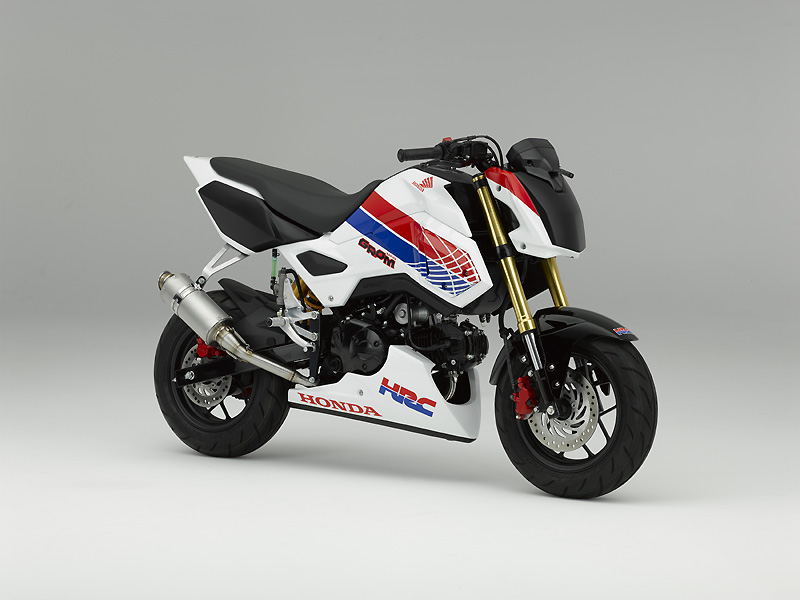 HRC(Honda Racing Corporation) announced last Friday that they will start to deliver race base version of GROM(MSX125) in Japan. Concept version was shown at this year's Tokyo motorcycle Show and now it is confirmed.

HRC will start to deliver the Racing Base Model from the end of May to HRC service shops in Japan.
The racing base model is equipped with racing ECU, Harness, Hand Shifter, and Pit-lane speed limiter. The unnecessary equipments such as headlight, tail lights, blinkers are taken off.

Price is not set yet but will be under 400,000jpy. Some of the HRC service shops are ready to fit their original cowl, silencer and steps to make their own versions.

The important part is, HRC will organize GROM racing base model only one make races. The series named [HRCGROMCup] starts this July at various circuits in Japan. And at the end of the year, HRC will hold Grand Championship race at TWINRING MOTEGI circuit, the home of MotoGP JAPAN Grand Prix.

For more details, contact each HRC service shops in Japan.